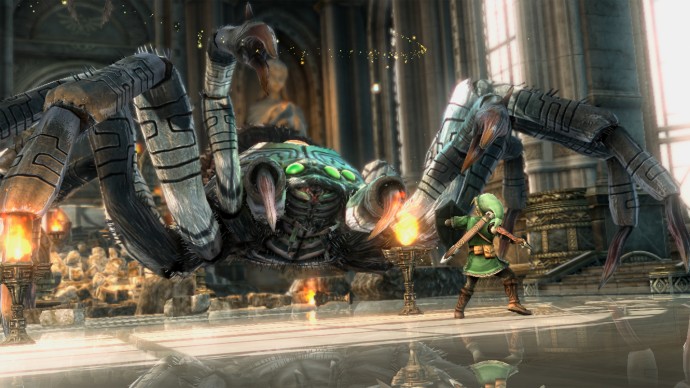 Nintendo Direct just unloaded a ridiculous amount of information on the populous today. It’s been  insane just trying to keep up with it all. One of the most exciting bits of news was the confirmation of a Legend of Zelda title for the Wii U, tentatively titled The Legend of Zelda HD.

It’s been two years since Nintendo teased us all with the beautiful HD concept trailer at E3 2011. This new trailer reveals Nintendo’s early thoughts and intentions for the new Zelda title. It sounds like they plan on bringing the franchise back to the basics and re-imagining the traditional formula.

I’m very excited to see what this project will eventually turn into. The new and more serious approach to the graphical engine is a much welcomed change, but this may not even be the final style chosen for the game. Eiji Aonuma explained that the development team has been experimenting with art styles, including a re-imagined version of the “cel-shaded” style of Windwaker.

There is very little information confirmed at this time, but we will continue looking forward and hope for more news very soon. We can all take solace in the fact that there will be a Legend of Zelda game released in the near future.