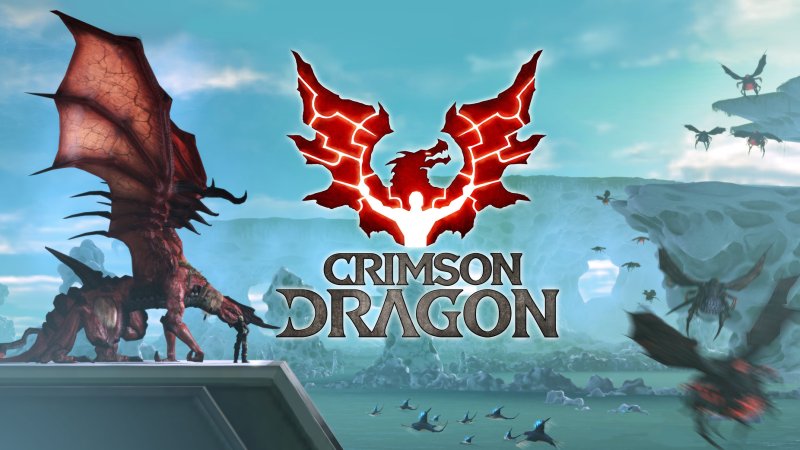 Looking for a rail-shooter filled with dragons and dripping with RPG elements? Then Crimson Dragon might be right up your alley.

The Xbox One‘s launch was chock full of exclusives; one of which being the spiritual successor to the Panzer Dragoon series – Crimson Dragon. I poured countless hours in to all three Panzer Dragoon titles on the Sega Saturn, and Panzer Dragoon Orta is in my top five original Xbox games of all time, so when I heard that Yukio Futatsugi was sitting in the director’s seat for Crimson Dragon, it immediately shot to the top of my “must buy” list. 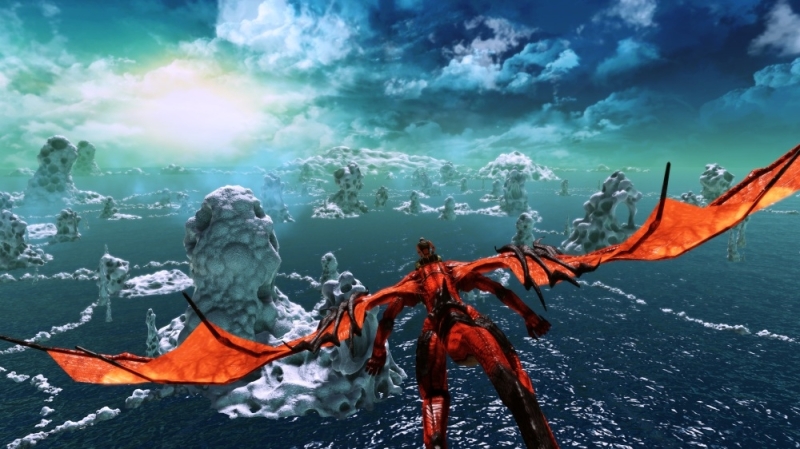 Crimson Dragon is an on-rails shooter where you pilot various dragons across the land of Draco; a land ruled by dragons and threatened by a virus called Crimsonscale. As a Seeker, you’re immune to the virus and it’s up to you to fly really fast, shoot all the things and beware of something called the White Phantom.. or something like that. Really, whatever occurred between levels was just the excuse that I needed to open a soda or grab a snack. What mattered most is that I got to fly around on some rad-ass dragons, blow stuff up, collect upgrades and evolve my dragons to blow stuff up even faster.

The two major complaints that most players have with Crimson Dragon is the control scheme and the high difficulty level. Honestly, if you’re a fan of rail shooters, you’ll already be used to the typical camera issues and having to dodge every bullet that seems to be making its way to your face at an alarming rate. Most shoot-em-ups also tend to be relatively difficult, so in my opinion that’s just par for the course. I ended up beating the game on the hardest setting and felt the challenge was a huge part of its charm (like Dark Souls), but my opinion of the control scheme coincided with the other reviewers, especially during the “free flight” modes.

For those of you unfamiliar with the genre, rail shooters drag you along a predetermined path (hence the term “on rails“) while you move about the screen to dodge danger and blow stuff up. In Crimson Dragon, you use the left analog stick to move around the screen while using the right analog to aim and shoot. Both bumpers are used to barrel roll to their respective sides (also providing immunity for a short period) and the triggers are used to fire and swap between your two attacks, depending on which abilities you have selected — some attacks are free-aim, some lock-on to enemies and some just spray the area for mass-destruction.

There are, however, certain parts of the game that go in to free flight mode and allow you more control over your movement — but this was where it all went to hell. Trying to maneuver in free flight mode was a mess and I felt like it was no longer me against the dragons, but me against the camera every step of the way. Thankfully, there are only 3 or 4 points in the game that drop you in to free flight, but unfortunately the last boss is one of them.

Graphically, Crimson Dragon doesn’t stand out as a pure next-gen title. It’s a $20 arcade download, after all. It does, however, run smooth, have great textures for each dragon and their evolutions, and have a ridiculously good draw distance. Each zone is unique, from insect-infested lakes to fiery lava caves (as shown in the videos I recorded for the review), and some even offer day and night variations during certain missions, but the draw distance is what seals the deal. Flying through the insanely hectic forest levels and seeing no end in sight, all while you can see tons of enemies pouring in through the backdrop was jaw dropping. The same could be said about the lake levels, witnessing a large amount of insects buzzing in and out of their nests from miles away. It’s also worth noting that Crimson Dragon is colorful as hell and something I’d expect to see on Nintendo’s Wii U, so bonus points on that.

As an RPG fan, I’m a sucker for anything that lets me gain XP and level up, even if I’m not in to the genre (Forza 5, for example). Give me a game I already enjoy and add in RPG mechanics and my OCD goes crazy! Completing missions on the hardest setting awards medals for meeting certain criteria; killing every single enemy or not getting hit once, for example. You’ll also earn XP for both your Seeker and your currently chosen dragon. Raising your Seeker‘s level allows access to more dragons to purchase in the shop, while raising your dragon’s level increases its primary statistics, ability damage and allows evolution every 10 levels. Evolving my dragons became my addiction for days as I replayed missions over and over again, grinding out XP, all to see how much more amazing they would look in their next form. Having the ability to change which dragon I wanted to use between each mission only fueled this addictive fire.

Another interesting aspect of Crimson Dragon is the wingman system, which works out like the Pawn system in Dragon’s Dogma. Between missions you have the option to visit an online store to rent out other player’s Seekers for a certain amount of gold. They’ll stick around for a set amount of missions and fly along side you to make surviving a bit easier. During my two runs, I leveled up a lightning based dragon (that you can see fully evolved in the boss fight video), but certain levels didn’t work in my favor as I was weak against wind type monsters. Using the wingman system, I could hop in to the store and hire a wingman that was fire based to offset my weaker attacks. Just like Dragon’s Dogma, if someone rented out my dragon I’d receive in-game rewards in return, so it’s a win-win situation.

What isn’t a win-win situation is the hate crime that is the Kinect support. In order to use voice commands, you have to raise your hand up to your ear like you’re using the Seeker’s communication device. Once the microphone icon pops up on the screen, you can then use your voice to navigate menus or command your wingman to advance forward or to fall back, but just how in the hell I’m supposed to do this while dodging bullets is beyond me. If I could just tell my wingman to advance or retreat without letting go of the controller, I’d be a lot more inclined to use them. Even when I tried to raise my hand to my ear, it wouldn’t recognize me half the time because I was sitting down. Seriously. If anything, this makes me happy that they decided to go back to classic controls instead of making Crimson Dragon a Kinect game for the Xbox 360.

After spending a pretty hefty amount of time with Crimson Dragon, did it live up to my expectations? In certain aspects, it can easily be considered downright terrible. However, I dare say that I’ve had more fun with it than any other title released for the Xbox One so far. What lies beyond the paper-thin story, horrendous JRPG-quality voice acting and a sometimes questionable control scheme is a solid on-rails shooter that features over 100 different abilities and various dragons to level and evolve like Pokemon. The overall addictive nature of wanting to level and evolve every single dragon, learn every ability and earn every medal kept me coming back over and over again.

After completing Crimson Dragon on the hardest setting and earning all but three achievements, you would think that I’d be ready to move on to something else, but that couldn’t be more far from the truth. With the promised addition of a 3-player co-op mode in the future, you can bet your dragon riding ass that I won’t stop playing any time soon.