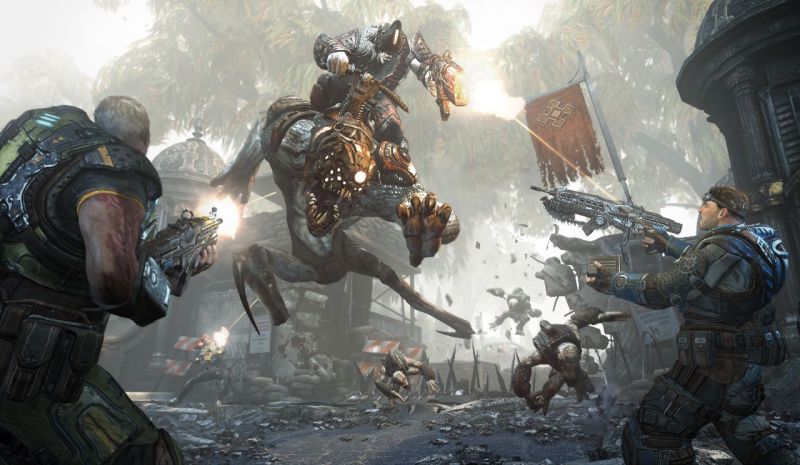 It was announced earlier today on Xbox NewsWire that Microsoft has purchased the rights to “all existing and future games, entertainment experiences and merchandise” dealing with Gears of War, and has confirmed that Black Tusk Studios is working on a new Gears title for the Xbox One.

With over twenty-two million units sold worldwide, the Gears of War franchise obviously has a massive, dedicated fan base and, alongside Halo, was one of the driving forces behind the popularity of the Xbox 360. To help ensure that the future of Gears of War remains fan-centric, Microsoft has recruited former director of production at Epic Games, Rod Fergusson.

Now that we have confirmation that two of the biggest exclusive series in Xbox history will be heading to the Xbox One, the future definitely looks bright — but what about Epic Games’ future?

And for people saying Epic isn’t making games anymore, we currently have multiple games in development, including @FortniteGame.

Tim Sweeney, Epic’s CEO and co-founder, also confirmed that “Epic remains totally dedicated to supporting Xbox One and is licensing the Unreal Engine 4 technology to Microsoft in support of their future projects.”

Ask anyone who owns an Xbox One which exclusives they’d like to see the most, and chances are that Halo and Gears of War will be at the top of their list (myself included). I don’t know about you, but I can’t wait to bro-op through the new campaign and carve fools up like a birthday cake with a Lancer on the Xbox One!