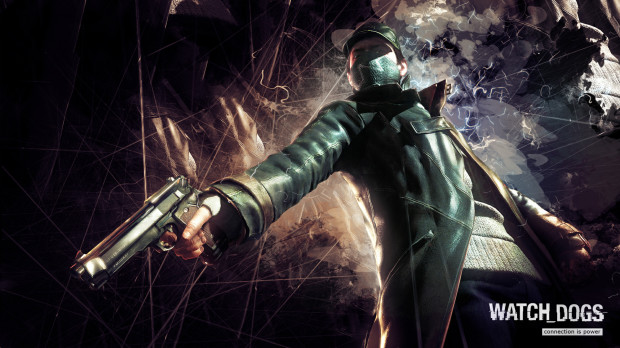 “Man, is it just me, or does Watch Dogs look worse now than it did 2 years ago at E3?” — This was my exact Facebook message to Miles after watching the new story trailer for Watch Dogs two days ago. We had a short conversation about it and threw around some ideas, but this morning I woke up and saw this article posted by TotalXbox.com that read “Ubisoft PR “bummed” by Watch Dogs “downgraded” visuals controversy: “It looks incredible”. Apparently we weren’t the only ones that noticed.

Back at E3 2012, Watch Dogs was the talk of the show. It was the trailer everyone wanted you to see, the one everyone was linking on YouTube and one of the first tastes of what could possibly be headed our way in terms of next-gen consoles. For comparison sake, here is the original 2012 E3 trailer.

Watch Dogs has been delayed by Ubisoft and they claim that it was “what we needed to ship the game we wanted to ship“. One theory that we have is that Watch Dogs was initially intended for release on next-gen consoles, but was eventually downgraded to compensate for last-gen’s power and upscaled accordingly for the Xbox One and PS4.

We can’t confirm this is what actually happened, but Watch Dogs then and Watch Dogs now definitely has some obvious differences. The folks over at PS4site.com actually released a comparison video last year showing the difference between the E3 2012 trailer and what we’re seeing now.

Fans took to Twitter about the noticeable downgrade of Watch Dogs after viewing the newest trailer, and TotalXbox.com showed the following tweet from Ubisoft PR Manager Tessa Vilyn.

@DoughtySmithe lol no downgrade, it looks incredible. 🙂 Again this is my opinion based on what i saw when playing the latest demo.

So what gives? A commenter on the same post quoted a CVG interview with Ubisoft’s Jonathan Morin.

We’re all working on PCs. Because of that, and because we’re making games on next-gen and current gen it’s a very scalable engine. You can check a bunch of different things. You can make it the ugliest game on the planet by unchecking options.

It’s there so you can have better frame rate early on in the process so you can test driving, for example, but there’s tons of features like that.

Sometimes the trailers are done outside of our building – we’re not physically there – and then some people have initiative and they start recording something and they might not have the best eye on the planet. So they aren’t realising that they’re actually taking shots of the game with a combination of things that makes no f**king sense at all.

So that’s why I was thinking “this is actually nothing, what you guys are looking at makes no sense” and I wasn’t that happy. But it was an internal communications flaw and at the end of the day it’s no big deal. But no, there’s no risk on the look of the current-gen version, it’s looking pretty awesome.

This was in regards to an initial complaint about the then-new trailer showcasing Aisha Tyler’s character. In the trailer, you can obviously tell the game looks significantly worse than the 2012 trailer we were shown at E3.

Morin went on to state that this was due to some trailers being made out-of-office, but I find it hard to believe that a major video game publisher would let a trailer roll out for their next huge game and just chalk it up to someone else’s fault.

Regardless, the Watch Dogs trailer we were just shown still looks good, but I feel that it doesn’t live up to the graphical hype that I saw in 2012. Even with reassurance from Ubisoft’s PR Manager (whose job it is to extinguish the flames), the difference is obviously noticeable.

The Arab Gamer just posted about Watch Dogs downgraded graphics since E3 2012 as well. In his article he mentioned that he actually got to play the PS4 version for 90 minutes. He does admit that the graphics aren’t quite as hot as they were shown off in 2012, but that it still plays great and that’s what’s important.

So what’s your take, XBRO’s? Notice a difference? I saw a lot of comments on their Facebook post about “graphics > gameplay“, and that’s a nice thing to point out, but obviously everyone doesn’t think that way or the Wii U would be the best selling current-gen console on the market and we wouldn’t constantly have Xbox One 720p vs PS4 1080p videos spamming our personal news feeds.