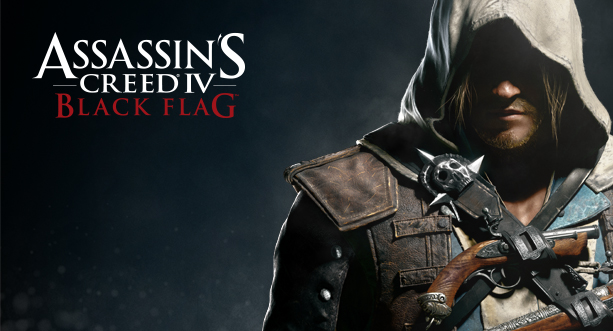 In today’s edition of The Daily Clip, we jump aboard the Jackdaw in Assassin’s Creed IV: Black Flag as.. Captain Ezio? The hell?

Apparently you can unlock other robes for Edward Kenway if you’ve previously unlocked certain actions through Ubisoft’s U-play account in previous games. I jumped on Black Flag last night for a bit of multiplayer and received a pop-up that I had unlocked Ezio’s robes from Assassin’s Creed II. With Ezio being my favorite of the assassins, I had to forgo the multi-player for a bit just so I could check out his robe on Captain Kenway, but of course nothing ever works as planned as I was immediately attacked upon exiting my captain’s quarters.

Harnessing my inner Captain Chunk, I snagged a neat clip of an air assassination by way of swinging across on my rope. Just ignore that pimp slap that I receive afterwards. Enjoy!