Final Fantasy XIV: A Realm Reborn has been available for PC and PS3 since August of last year, but recently released earlier this month on the Playstation 4. Featuring a hefty narrative, gorgeous environments and plenty to keep you occupied, is it worth the monthly subscription fee? 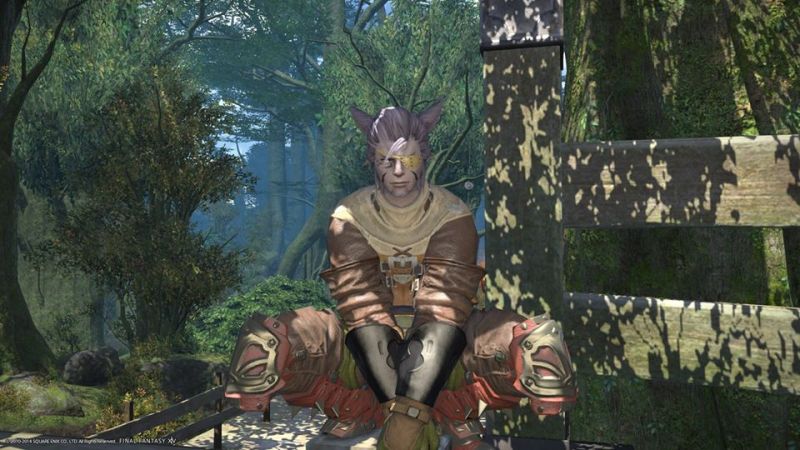 If you’re a Final Fantasy fan that hasn’t yet delved in to the world of MMO’s, you may be a bit intimidated by the multi-player aspect of A Realm Reborn. One of the best parts about the game is that its story revolves around your character, so you can really just enjoy it as an RPG without having to worry about social interaction if you don’t want to. Aside from a few key points in the main story where you’re forced to group with other people for the sake of taking down boss monsters (like Ifrit), you’re generally free to go about questing alone and soaking everything in at your own pace.

However if working together is more your thing, A Realm Reborn offers plenty to do to occupy your time. There are Linkshells and Free Companies — basically guilds and groups to do stuff with — to join, random world events — called FATE — to partake in, instanced dungeons to clear for loot and a pretty extensive end-game if you’re interested in raiding with larger groups to take down the more deadlier bosses. It’s also cross-platform, so if you have friends playing on PS3 or PC, you can jump right in and play along with them.

Starting off in Final Fantasy XIV: A Realm Reborn is kind of intimidating, much like any new MMO. After the intro cinematic that ties Final Fantasy XIV in to A Realm Reborn, you’re tasked with creating your character; choosing from a list of different races and selecting your starting class role. Much like the job class system in Final Fantasy Tactics, you’re only given the most basic roles early on — like Lancer, Arcanist and Conjurer — with the more advanced jobs opening up at level 30 — such as Dragoon, Summoner and White Mage.

Unlike traditional MMO’s, A Realm Reborn does not require you to create numerous characters to enjoy each of the different job classes, as you can change your job at any time using a single character. Your character doesn’t have their own central level, but rather each job class is leveled independently. This is both a blessing and a curse.

Playing through A Realm Reborn for the first time yields a fantastic story quest that is massive in scale, and will take you from level 1 all the way to the max level of 50. Should you decide at level 50 that you’d like a break from healing on your White Mage and would like to try your hand at tanking on a Paladin, your Paladin starts off at level 1. If your friends log on later and you want to heal them in a dungeon, changing back to White Mage will swap you back to level 50. The game also allows you to save multiple armor sets to make switching between job classes less of a hassle.

There are plenty of ways to get yourself from 1 to 50 again, such as FATE’s, dungeons and repeatable quests called levemetes, but without a story to keep focused on, the game does tend to get a bit grindy if you decide to level multiple job classes. Leveling multiple jobs has its benefit though, as certain spells or abilities will carry over between them.

As a long time World of Warcraft player, one thing that I don’t enjoy about A Realm Reborn is the lack of customization or skill trees for each of the job classes. Each class has a defined role, and if you’re interested in doing something different then your only choice is to level another job class. For instance, a Warrior in WoW can specialize in becoming a tank or dealing damage, but a Warrior in A Realm Reborn will never be anything but a tank. I suppose if you’re a Warrior that wants to deal damage on the side, you could always level a Dragoon or Black Mage to 50, but that all depends on how much time you want to put in to the game.

Final Fantasy XIV: A Realm Reborn has always been a gorgeous game on the PC, but it wasn’t very easy on the eyes for PS3. If you’re familiar with the PS3 version at all, you’ll be glad to know that the PS4 version is a significant upgrade and is very similar to running FFXIV on a higher-end PC. Aside from being unique and gigantic, environments in the game are completely stunning and still manage to look as good as most of the zones found in newer MMO’s like Elder Scrolls Online. Another welcome addition to the PS4 version is the inclusion of mouse and keyboard support, rather than just using them for chatting purposes on the PS3.

Even though I now have access a mouse and keyboard, I still prefer to use the Dual Shock 4 as I’ve grown accustom to it after a few months of use. If you opt to use a controller, you can map spells and abilities to the face buttons and access them using a combination of those and L2 or R2. Since you’ll have plenty of abilities at your disposal, you can assign them to multiple hotbars that you can swap through by pressing R1, but it can get a little chaotic if you’re playing a job class that also uses pets, like Summoner or Scholar, which require some micromanagement of additional commands.

The user interface in A Realm Reborn is pretty streamlined, but it doesn’t allow you to compare the gear you’re currently wearing versus a quest reward or a loot drop without exiting the menu and opening up your character screen. You then have to mentally compare statistics and determine which is better for you on your own, rather than offering the option to see them side-by-side. I also found that swapping between job classes would randomly cause spells and abilities to move around on my hotbar or remove themselves entirely. Aside from being a little grindy, these were really my only complaints during the 150+ hours I’ve spent with the game so far.

Final Fantasy XIV: A Realm Reborn is not only a good MMO, but a great RPG worth playing through for the story alone. If you’re a fan of RPG’s, but don’t want to get caught up in the MMO aspect, there is plenty to do on your own that you can enjoy during your free month of paid subscription time included with your purchase. Although I have specific issues with the UI, new content is added fast enough that I can warrant the $15 monthly subscription fee thereafter. Square Enix even rewards players who continue to subscribe by offering exclusive in-game vanity pets, mounts and free character customization should you end up unhappy with how your character looks during your trial period.

Although it features many things found in other MMO’s, such as repetitive hunt and gather quests and an in-game auction house, it manages to do so while still staying true to what fans have always loved about the Final Fantasy universe. It’s a massive game with a lot to love, and I couldn’t recommend it enough to any fan of MMO’s or RPG’s in general. See you in Eorzea!