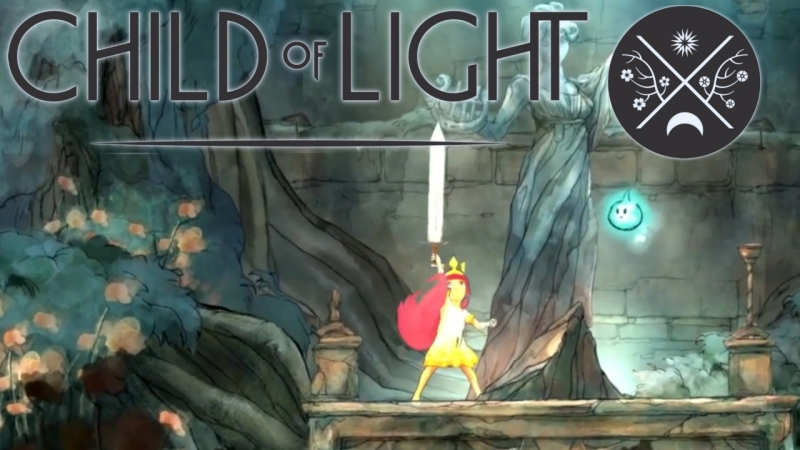 The art is smart, but the rhymes are a crime in Child of Light, the latest turn-based RPG from Ubisoft Montreal. As a little girl in a magical land, you’ll meet a great cast of characters, navigate beautiful 2D landscapes and enjoy a storybook narrative full of friendship and tragedy, but not without a few shortcomings to trip yourself up along the way.

In Child of Light, you play as Aurora; a little girl who dies in her sleep and wakes up in the colorful land of Lemuria. It’s there that she meets Igniculus, her firefly companion which you control with the right analog stick. While you’re out exploring, Igniculus can activate switches, open chests and blind enemies to allow Aurora to pass by undetected, but if you’ll excuse the pun, combat is where Igniculus shines the most.

Child of Light is a traditional turn-based RPG, featuring a timeline where a character’s speed determines which one of them attacks first. Attacking an enemy while they’re casting will interrupt them, sending them back on the timeline, but the same can be done to your party as well. Each party member has their own niche, such as casting magic or soaking up damage as the party’s meat shield, so utilizing their strengths in combination with interrupting the opposition is the key to victory. This is made easier with the help of Igniculus, whom you can control during combat to heal your party, collect restorative orbs and blind enemies to slow down their attack speed.

The combat is definitely one of the highlights of the game, as it provides a fresh take on the noticeably dated turn-based system that is slowly going the way of the buffalo. However, the combat is out-shined by Child of Light’s breathtakingly beautiful art style, thanks to the use of the UbiArt framework made famous in Rayman Legends (and the upcoming Valiant Hearts: The Great War). Each zone felt alive and breathing, featuring hot air balloons, birds or castles floating along in the background while Aurora’s flowing red hair drifted behind her like a long cloak caught in the wind.

Lemuria was a world that I wanted to get lost in. I wanted to go in the opposite direction, find caves and explore anything and everything, not because I felt like I had to since that’s what you do in an RPG, but because I felt compelled to. I needed to see everything the game had to offer, soaking it all in at the perfect pace, and gaining the ability to fly early on further fueled my need for exploration. Child of Light never pads anything with filler or needless backtracking, and the addition of fast travel helps keep the game flowing without dragging itself along.

Another highlight for Child of Light comes in its band of heroes, which range from a rodent archer and a dwarven wizard, to a beastly guardian and a circus performer that doesn’t quite grasp the concept of rhyming. The characters are colorful and have their own personality, which comes through in the game’s dialogue.

This actually segues in to my main complaint with Child of Light — the dialogue. Keeping with the storybook feel of the game, all of the dialogue is spoken in rhyme, which became extremely grating. Child of Light has an excellent story, but trying to piece together conversations that sometimes made absolutely no sense, really crushed the delivery. It often felt like the game was more concerned with making things rhyme than clearly moving the plot along, but others may find the nursery rhyme dialogue a bit more charming than I did. 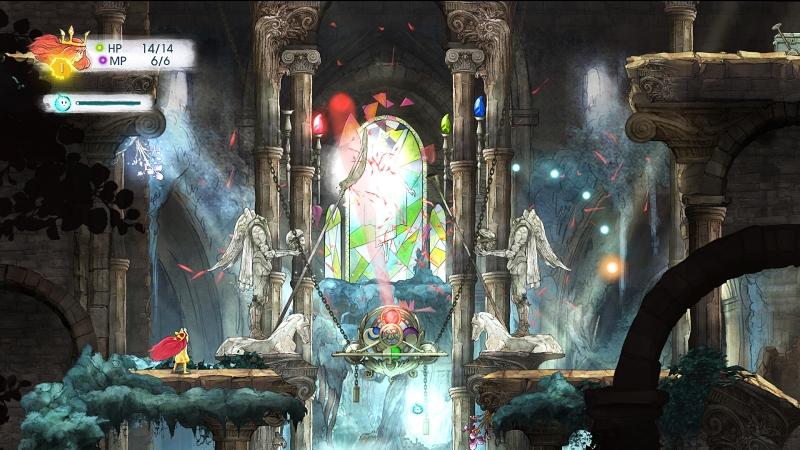 Another missed opportunity comes in the form of character customization. Each character has their own skill tree that allows you to improve and obtain specific abilities, but the random stat bonuses in between them are rather boring and nonsensical. Aurora, for example, can upgrade her primary magic ability, but in between spell upgrades are static attack power and defense increases. You’ll generally level up every two or three battles, so I had plenty of points to play around with, but I just wish the static upgrades made a little more sense for the development of my character; increasing my mana pool or spell damage, for instance.

Although you never acquire new gear in Child of Light, it does offer a minimalist crafting system with crystals called Oculi. Oculi can be applied to your weapons and armor, and offer passive bonuses like paralyzing enemies with your melee attacks, reducing incoming damage or granting additional XP after battles. Oculi can be switched out between battles, so I always had time to plan ahead if I knew what was coming, or happened to die to a boss that I wasn’t prepared for. There isn’t really much to the Oculi system, but the bonuses were significant enough to always keep my team updated with the highest quality materials. 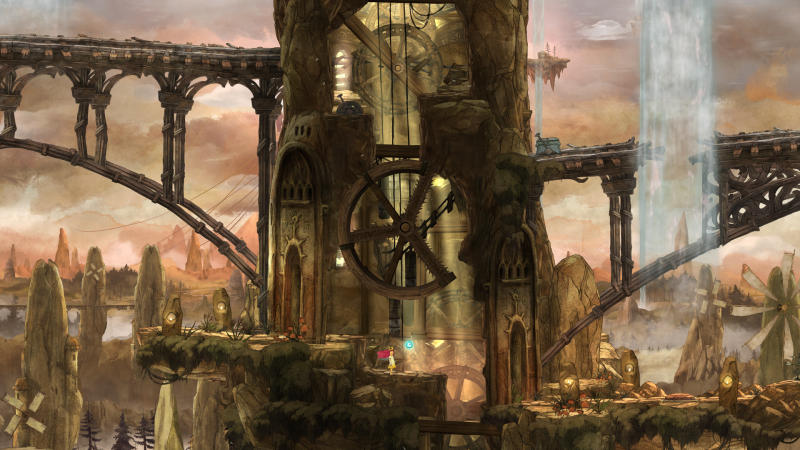 Child of Light isn’t without its own set of technical flaws as well, but they were more on the Uplay side of things. Each time I loaded up the PS4 version, I was asked to create a Uplay account even though it showed my accounts were already connected right there on the same screen. I also purchased numerous items with my Uplay points, but never actually received any of them in-game throughout my 11 hour playthrough.

Overall, Child of Light was a magical experience. I fell in love with the art style and the character design early on, but the more I played, the more the world of Lemuria took center stage. Aurora and her band of adventurers were the perfect storybook heroes, brought to life by the talented artists at Ubisoft Montreal. Child of Light also successfully improved an aging battle system, although I sometimes wished I could use more than two characters at a time. It did so much so well that it’s a shame the forced rhyming narrative kept me from always being immersed in the story. It’s still a charming tale nonetheless, and just like Aurora, it has enough heart and soul to overcome its downfalls. Child of Light is destined to be one of most memorable releases of 2014.

*This review is based on the Playstation 4 version. Child of Light is available on all major platforms and will be available on PS Vita this summer. Unless we find significant differences between the versions, consider this our definitive review.