Originally released in 2011 as a Playstation Mini on PSP and PS3, Die Gute Fabrik‘s Where is my Heart? is an adorably soul crushing puzzle platformer that has finally reached the PC market via Steam on May 29th. The idea for the game stemmed from Die Gute Fabrik designer Bernhard Schulenburg, based upon his childhood memory of being lost in the woods while hiking with his parents. The concept of visualizing yourself in the middle of a forest, yet having absolutely no idea which direction you’re heading, is easy to understand and a key component in what makes Where is my Heart? so special.

In Where is my Heart? you control a family of three forest spirits lost in the woods, searching for their home. These spirits lived in a large tree that suddenly broke itself from its roots and floated off in to the sky, turning their world in to a labyrinth of sorts. Your goal is to platform your way through each of the 26 levels, guiding all three family members to safety in the process. What’s the catch? I’m glad you asked.

Each level consists of one static screen; as it doesn’t scroll from left to right, or up and down. The screen is then fragmented in to numerous panels, thus removing any sort of order and normalcy that your brain may be used to. As you can easily see where you’ve started off and where you should be heading, you’ll need to visualize the scattered panels and navigate them to the best of your ability while flirting with disaster. Chances are that you’re going to die. A lot. It’s a welcome frustration as the mechanic is completely unique to Where is my Heart?, and not only adds to its charm, but takes you back to Bernhard Schulenburg’s story of being lost and disoriented in the forest as a child.

Each of the forest spirits come with their own special power. The Bat King, for instance, emits a light source which reveals hidden platforms that only he can use, while the orange forest spirit sprouts wings and can rotate the entire level 90 degrees. Yes, as if the fragmented level design wasn’t disorienting enough, the orange spirit can jump in the air and rotate the panels, essentially giving them access to portions of the level that are otherwise inaccessible. 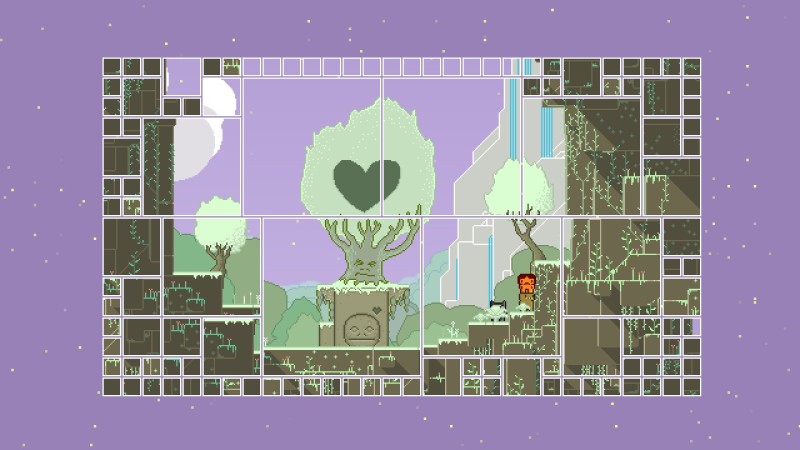 In a way, it’s part Lost Vikings and part Fez, combining elements from both games while still offering something completely different. Its retro art direction is nothing new anymore, but you can’t help falling in love with the family of forest sprites as they struggle to find their way back home. Where is my Heart? also features a simple-yet-effective ambient soundtrack that seemed to be my only friend, helping to relax my brain as it struggled to make sense out of the more complex level designs.

Where the game struggles is in its control scheme, as it does not offer any form of controller support. Controlling a 2D platformer with a keyboard is something nightmares are made of, and I found the lack of controller support odd as it was originally a console title that has been ported to PC. If you have a wired Xbox 360 controller, you can download a third-party software tool called Xpadder that allows you to map selected keys to the controller itself. Xpadder is also a $10 investment on its own (legally purchased, of course), but I honestly don’t feel that I could have completed the game without it. Years of console gaming has taught my hands that the left one controls the movement, while the right one controls the appropriate actions, so there was absolutely no way these stubborn bastards were going to adjust to making the keyboard work. 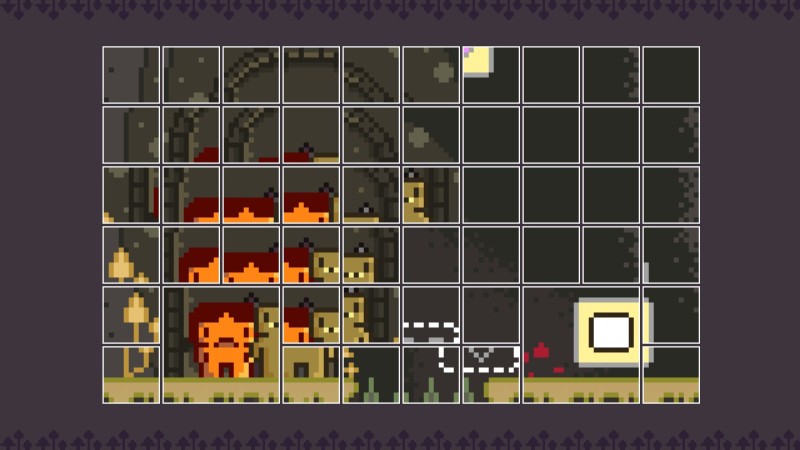 Controller issues aside, Where is my Heart? is a deviously cute romp that is fantastic to play in short bursts, as your brain will eventually attempt to exit your skull through whatever orifice it can find. It’s also rather short, clocking my full run at around 4 hours, but for $7.99 you’re definitely getting your money’s worth. In a year that’s already over saturated with quality indie titles, Die Gute Fabrik‘s Where is my Heart? stands in a class of its own, but it’s a shame that consumers will have to rely on third-party software in order to enjoy the game while using a controller. Unfortunately the complete lack of controller support does weight heavily on our final score, as we are reviewing the title as-is, but I could easily bump it up another point or so had the option been there from the get-go.