When strange apparitions suddenly appear in the village of KoHo, priestesses Momo and Dora are sent to investigate, hacking, slashing, and platforming their way through 6 unique stages and boss fights. Momodora III is a classic platformer that could easily draw comparison to the likes of Cave Story and the NES classic, Ninja Gaiden, and although it’s an extremely short game, it’s one that fans of the source material should definitely check out.

In spite of the fact that it’s the third in the series, developer Bombservice assures you that you don’t need to experience the previous games in order to enjoy it. However, if you’d prefer to play catch up first, you can always download them for free on their website. 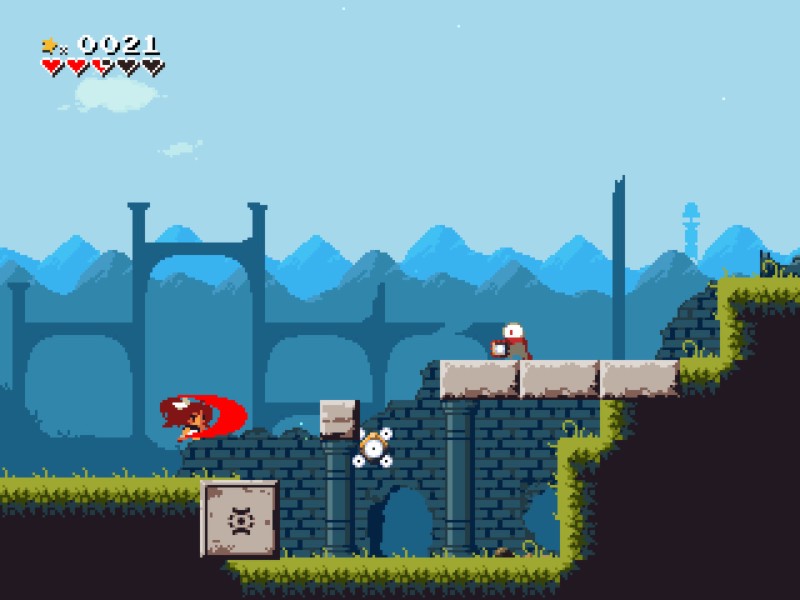 If you’re familiar with Momodora, it’s similar to the action of the original, but doesn’t quite offer the same exploration as the sequel. Choosing Momo or Dora alters the game’s difficulty setting, and while I found easy to be extremely easy, hard proved to be a significant challenge, especially during boss fights.

Momo and Dora are both well versed in melee attacks, although you can charge the slash button for a ranged ability instead. Charge attacks work as intended while using a keyboard, but seemed very unresponsive while I was using a controller. I’m unsure as to why that would be the case, but after browsing the Steam forums, I noticed that I wasn’t the only person experiencing the issue.

What sets the game apart from most action platformers is the ability to equip various relics, offering unique bonuses like regenerating health after landing a killing blow, increasing your damage while at low health, or changing your charge attack in to a different spell altogether. New relics can be purchased by using the in-game currency at shop keepers found throughout each level, but also by venturing off the beaten path, in treasure chests, or defeating hidden bosses.

Controls are responsive, as I had no problem platforming my way through all 6 levels. Some boss fights seemed to have odd hit-boxes though, where I’d either take damage in what I assumed was a safe zone, or I could attack the enemy from a further distance than what was shown by my weapon swings. Momodora III features a Legend of Zelda-style heart system which allows you to take a few hits before perishing, but also includes the usual insta-gib hazards, such as spikes and pitfalls. Most levels also seemed to feature the exact same mechanics, like bouncy slimes, that prevented them from feeling completely unique. In that aspect it fell victim to the usual platformer tropes, but still felt well executed and incredibly enjoyable. 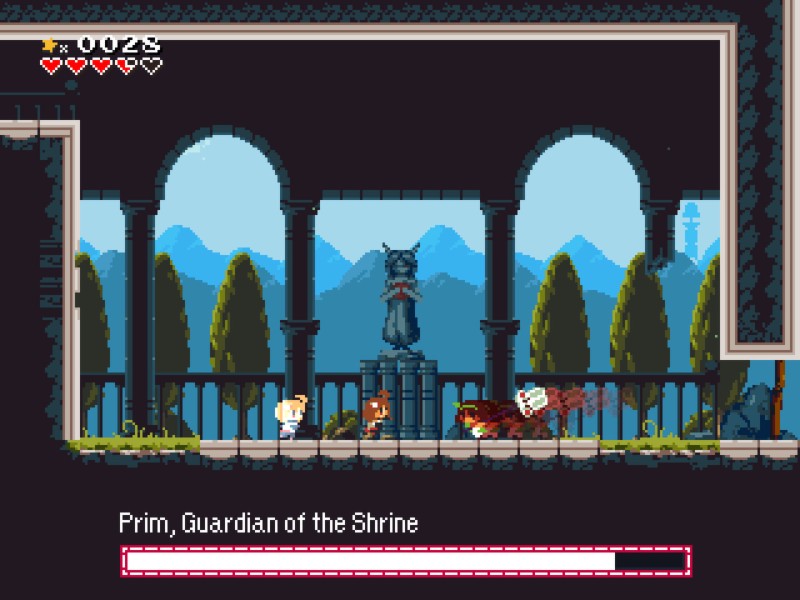 Completing Momodora III offers a New Game + mode, so there is a decent amount of incentive to play through the game a few more times. That’s a huge plus, as my initial run only took a mere 48 minutes to complete. It does offer some fun Steam achievements to unlock as well, but if that isn’t your thing, you may end up disappointed in the overall length of the game. I played through it twice to unlock both endings, which took less than two hours to accomplish, but still felt that the quality of the game was well worth the $4.99 price tag.

Overall, while I did enjoy my time spent with Momodora III, I have trouble recommending it to anyone weary of its short length, especially considering that it’s taken me longer to review the game than it did to complete it twice. It’s a fun game with some well executed mechanics, especially the ability to equip different relics, but sometimes the level designs felt a bit uninspired. It does offer a charming soundtrack, cute characters, and some pretty great boss fights as well, and the New Game + mode will surely add to the length of the game, but if that’s not your thing, remember that it’ll all be over in about an hour. 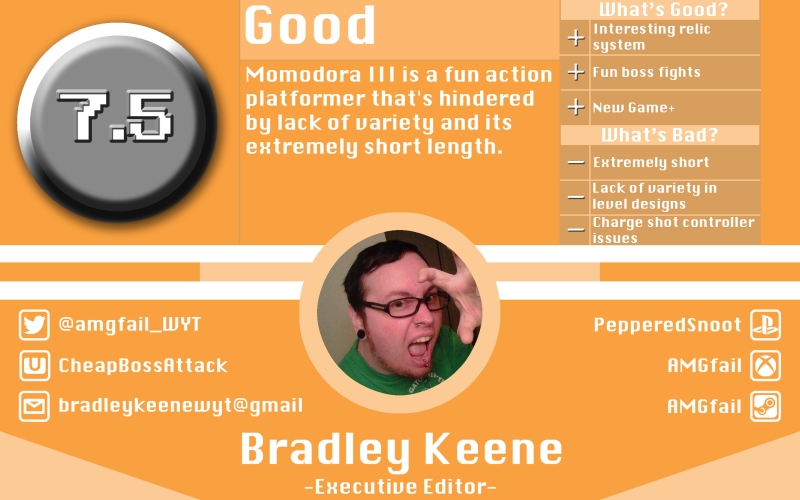