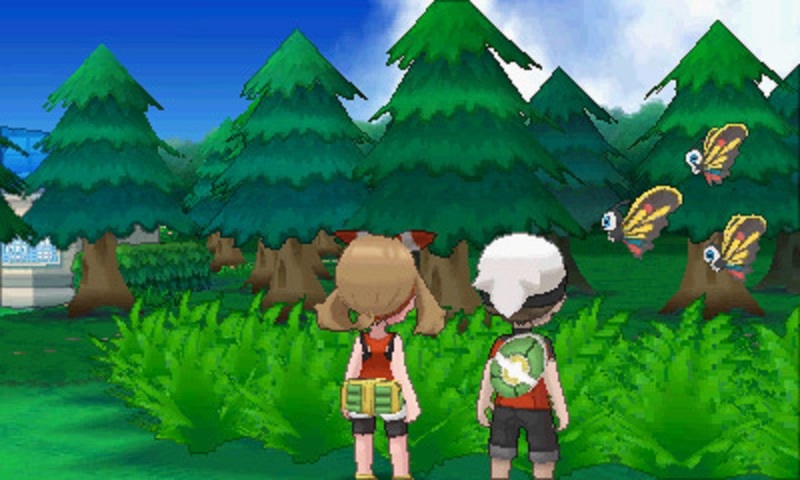 In an ongoing effort to make Pokemon the only game franchise you’ll ever need, Nintendo and GameFreak recently confirmed “secret bases” in Omega Ruby and Alpha Sapphire. These hidden forts are very reminiscent of the homes from Animal Crossing. Prepare your body and mind for maximum customization.

The addition of customizable clothing and accessories in Pokemon X/Y was a welcomed addition to the series and these secret bases are taking that idea to a completely new level. Players can now collect in-game pieces of furniture and lighting which can be used to trick out their secret cribs. Friends can even visit each others secret bases via QR codes and share decorating tips. Forget about collecting all the Pokemon. It’s time to grind for furniture!

I don’t know about you guys, but I’m absolutely in love with this concept. I love the repetition and simplicity of Animal Crossing, but I love Pokemon far more, so combining these two worlds is really a match made in heaven.

Omega Ruby and Alpha Sapphire are scheduled to release on November 21st for 3DS in North America and November 28th in Europe.

Miles Dompier is the chief editor and founder of What’s Your Tag?. He is a Seattle native who recently moved to the sweltering heat of Los Angeles to pursue his dream of becoming a composer/voice actor. When he’s not up writing until his eyes bleed, he likes to play a Prince level of instruments and listen to terrible death metal. Follow his shenanigans on Twitter and be sure to join our gaming community; TEAM XBRO.