Infinitap Games lead designer Matt Gilgenbach’s personal struggles with depression and obsessive-compulsive disorder influenced him to create a game with that same feeling of bleakness and hopelessness.

Neverending Nightmares is a horror game inspired by these themes, and is a far cry from the developer’s reverse rhythm shooter, Retro/Grade.

In Neverending Nightmares, players control Thomas as he awakens from a nightmare only to discover that he’s still asleep. As the name implies, you’ll guide Thomas through increasingly twisted nightmares, exploring environments and avoiding monsters.

It also features a line-drawn art style inspired by Edward Gorey, an artist who lived with their own personal struggles of reclusiveness and sexuality, but whether this was a personal choice or a coincidence, it’s hard to disagree with its effectiveness.

Neverending Nightmares is shaping up to be a solid indie horror game that deals with much more than just running from hideous monsters. It’s generated quite a buzz from major publications like IGN, Polygon, and was listed by The Escapist as one of the best games at E3 2014. 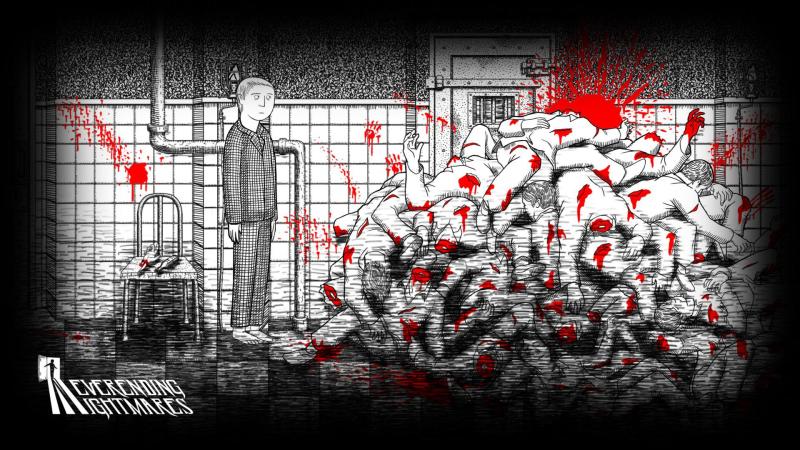 After a successful Kickstarter campaign in 2013, Neverending Nightmares‘ current beta build is now available for purchase on OUYA for $24.99, and works similar to Steam’s Early Access program. Buying in to the game now will give you the full retail version when it becomes available, but you can play it in its current state immediately, providing valuable feedback to the developer in the process. According to the Neverending Nightmares‘ OUYA page, the full retail version will be reduced to $14.99 upon release.

The retail version of Neverending Nightmares will release for OUYA, PC, Mac, and Linux simultaneously, although a concrete release date has yet to be announced. If it’s anything to go off of, the game’s Wikipedia page shows September 2014 as a possible release window.