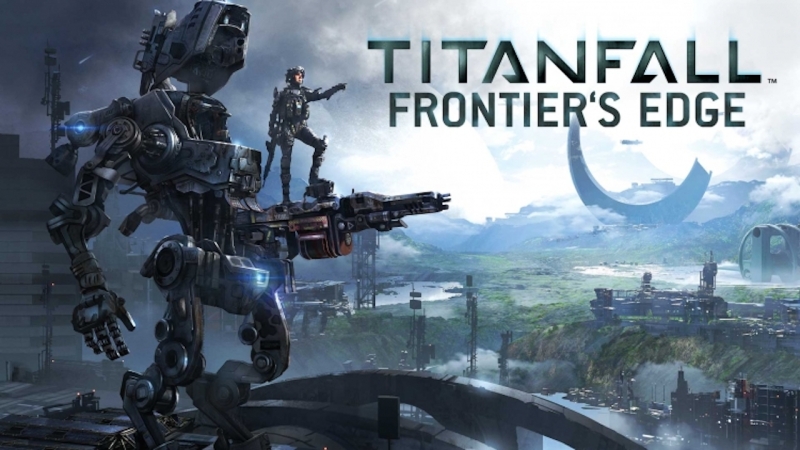 Frontier’s Edge has been released for Titanfall as the second of three announced DLC packs. Let’s see how it stands up to the previous DLC, Expedition, and what it adds to the game.

Just like the first DLC, there are three maps included: Dig Site, Export, and Haven.

Dig Site pits you in…well…a pit. A large industrial complex that lies in within a huge whole that has been dug into the surface of a planet serves as the setting for this map. The buildings offer numerous paths to traverse the map by staying inside or venturing outside.

A riverside shipping town is a now a titan’s playground in the map called Export. There aren’t many open spaces in this map but there are many vertical levels that you can use to your advantage. Traveling the area in all directions will be your key to victory on this map.

Haven is anything but peaceful with titans doing battle in the streets. The hotels are no safer as pilots run rampant waging war within their walls. Set this as your destination if you wish to do battle on your vacation.

Oddly enough, my favorite new map was Export. It had a gritty and Earthy look that I enjoyed. Plus, the map had vertical positions that teams could use to their advantage. The one side had a high position for far range shooting and the other side had a low place for hiding. This was another showcase of great map design and balance.

Titanfall looks and plays as great as ever. Since its release, Respawn has remained committed to improving the game. However, I feel the vast majority of the improvements have come from game patches and changes rather than the DLC.

I haven’t played the game much since the Expedition DLC was released and therefore I’m not sure when some of the games improvements were put into place. Things like titan insignia and different AI voices are nice, but I really like how they changed the burn card selection. When you are waiting to respawn, the choice of burn cards will display in the lower right-hand corner and you can select one at the push of a button.

Somehow Titanfall is getting to be like pizza. As much as you can change it up, in the end it is still just pizza. That is how I feel about Titanfall at this point. The new DLC packs give you more map variety, but it just feels like you are getting more of the same thing over and over. Respawn’s commitment to improving the game is admirable at the least, but I think they need to expand the game to offer more variety.

This DLC packs ranks with the previous, both in its price and value. Three additional maps for $10 doesn’t feel like a great value, but if you paid for the season pass you should download and play it. 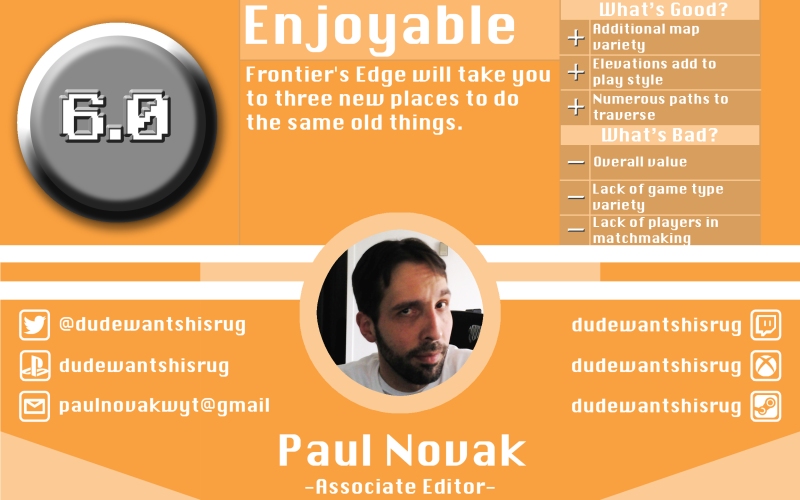 Recommended for fans of: Titanfall and first-person shooters.