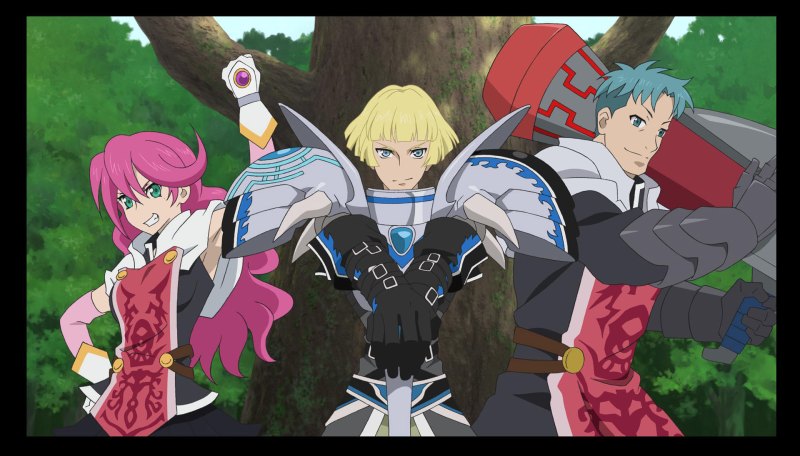 Remember how excited we were back in July to hear that Tales of Hearts R would be coming to North America and Europe? Then we got really distracted with Tales of Xillia 2? Now that we’ve all beaten Xillia 2, it’s time to go back to counting down the days to the Tales of Hearts R release date.

Namco Bandai recently announced the bonuses you’ll receive by pre-ordering the game at either GameStop or EB Games. Players will receive six costumes based upon previous Tales titles. 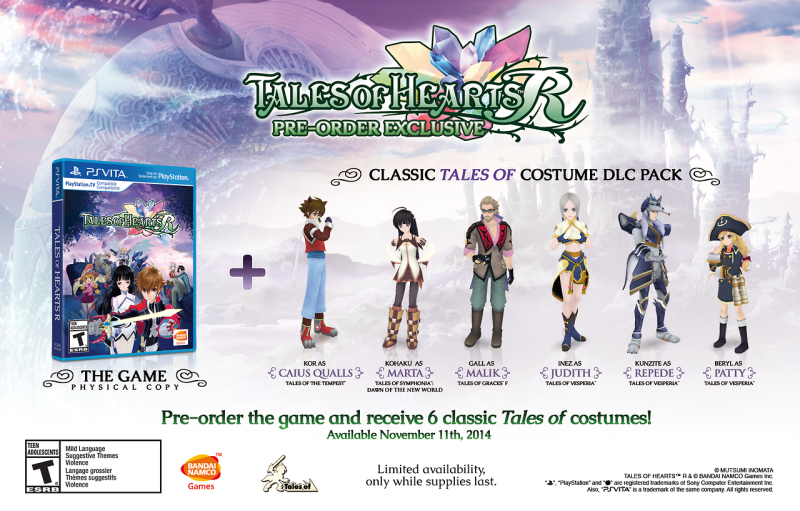 Are you picking up Tales of the Hearts R? Time to buy a new memory card, right?