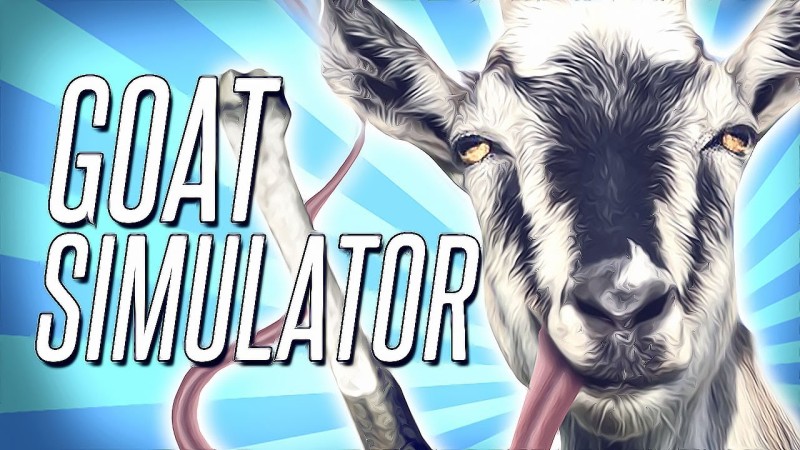 Goat Simulator took the internet by storm when it launched for PC earlier this year, and according to a brand new trailer detailing the game’s free update that’s headed our way on November 20th, it will soon be a free MMO. Don’t check your glasses for smudges or take any of those super expensive at-home drug-tests (not that we’d know anything about that, of course), because you read that correctly.

In traditional MMO fashion, Goat MMO Simulator will feature faction-based warfare between goats and sheep, numerous quests to take on, a fairly high level cap of 101, and even different player classes. You can choose between classes like Magician, Hunter, a Microwave with legs, or the Rouge–which I’m still not sure if that’s a typo, or a nod to common joke that rogue is often misspelled as rouge by MMO players. Check out the trailer below!

Either way, I really enjoyed the game on PC, awarding it an 8.5/10 in our official review, so I’m definitely pumped to get my goatal domination on as a Microwave.

Bradley Keene is the Executive Editor here at What’s Your Tag?, generally handling news, reviews, public relations, and our social media communications on Facebook and Twitter. He’s an aspiring video game journalist, Baltimore native, and an on again/off again FFXIV/WoW player that blasphemously favors consoles over PC. As a Marylander, he naturally puts Old Bay on everything, loves the Orioles, drives aggressively, and says “son” too much. Contact him by e-mail at the address above, or follow him on Twitter.