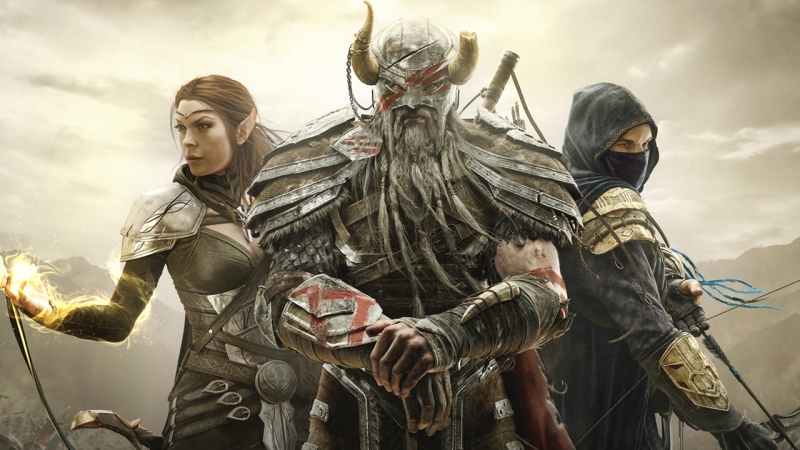 Elder Scrolls Online released earlier this year on PC and Mac, and its console counterpart was slated to release this month on Xbox One and PS4. But with very little being revealed on the console front, we here at What’s Your Tag? assumed the worst and thought it would end up being quietly swept under the rug.

However, on December 4th, Director Matt Firor published a lengthy blog post over at the official Elder Scrolls Online site that not only detailed two major updates headed to the PC and Mac releases–the Justice and Champion Systems–but gave us a glimmer of hope at the MMO’s console release. Unfortunately those of you eager to jump online with your console friends will have to wait a little longer, as Elder Scrolls Online is now officially delayed for Xbox One and PS4 until 2015. When in 2015? That’s really anyone’s guess.

In regards to the console release, Matt Firor stated:

“As I’ve mentioned, we have been (and will continue to be) steadily working on the Xbox One and PlayStation 4 versions of ESO. They are playable and fun right now, but there’s still some work to do before we can set an official launch date. First and foremost, we want to make sure that two of our most important systems still in development—the Justice and Champion Systems—are included in the console release. Those two systems will introduce a huge amount of content to the game, and we know everyone is looking forward to the new types of gameplay they provide.”

It’s also no secret that games take longer to update on home consoles than they do on PC, with developers and publishers having to jump through hoops set up by Sony and Microsoft themselves, but Firor wants you all to know that Elder Scrolls Online is not just a direct port of the PC release.

“It’s also important to note that the Xbox One and PlayStation 4 versions of ESO are not just ports of the PC/Mac game. We have completely replaced the PC user interface with a console-specific UI designed from the ground-up with a controller and a living room play experience in mind. We’ve also added voice chat and full integration with XBL and PSN. Expect to see lots of news about our console versions in early 2015.”

As an MMO fan, and a fan of the Elder Scrolls universe as a whole, I wasn’t very fond of Elder Scrolls Online during its early stages. It was clunky and boring, and within a few weeks the population seemed to drop off the face of the Earth. However, they’ve since made numerous updates to improve the quality of life, include additional content, and keep the ball rolling for their monthly subscribers, but is there still a market for them on home consoles? Only time will tell, and without a solid release date there’s no telling just how long we’ll be twiddling our thumbs.

Bradley Keene is the Executive Editor here at What’s Your Tag?, generally handling news, reviews, public relations, and our social media communications on Facebook and Twitter. He’s an aspiring video game journalist, Baltimore native, and an on again/off again WoW player that blasphemously favors consoles over PC. As a Marylander, he naturally puts Old Bay on everything, loves the Orioles, drives aggressively, and says “son” too much. Contact him by e-mail at the address above, or follow him on Twitter.