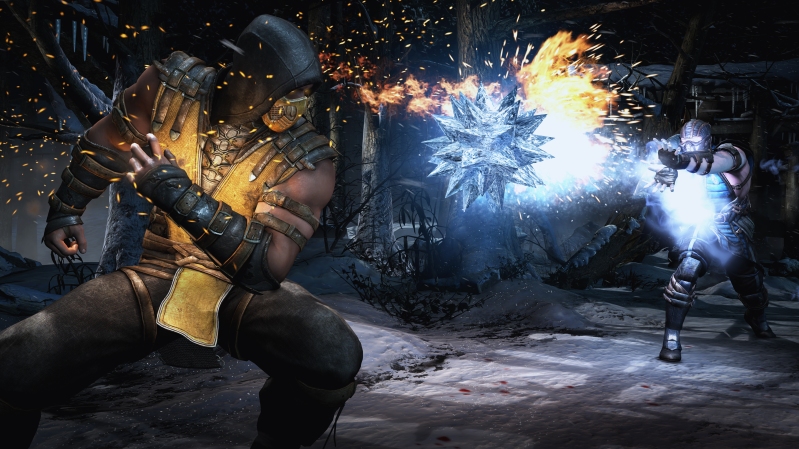 Now that May is officially upon us, let’s talk about last month’s laundry list of games that did or did not weasel their way on to your shelf. PC gamers FINALLY got their hands on Grand Theft Auto V, while the non-Nintendo crowd snatched up Miles’ 2014 GOTY in Shovel Knight. Playstation owners also got their hands on Bastion, which is one of my favorite games of all time.

Aside from each platform getting to taste another’s Kool-Aid, April also saw a few remasters hit current-gen consoles. The zombie survival game State of Decay relaunched on Xbox One with all of its original DLC, and both consoles received Dark Souls II: Scholar of the First Sin (which also released on last-gen consoles without the graphical upscale). One of the greatest Wii games also made its way to the New Nintendo 3DS, in Xenoblade Chronicles 3D.

Grand Theft Auto V was easily the most anticipated release last month for PC gamers, but the big release across all platforms was the tenth installment in the iconic fighting series Mortal Kombat. That’s not all, of course. Blizzard’s hugely successful free-to-play card battle game Hearthstone received the new Blackrock Mountain expansion, the latest game in the 3DS Etrain series launched back on the 7th, and the insanely brutal 8-bit RPG Titan Souls hit PC and Playstation platforms, crushing the hopes and dreams of the roguelike faithful while they (no doubt) take their beatings with a smile.

Obviously there’s more to go over, like Tower of Guns, Broken Age: Act II, The Charnel House Trilogy, Solarix, and Coffee Stain Studio’s Goat Simulator landing on Xbox platforms, but I’ll spare you the wall of text. We want to know what YOU picked up last month, so let us know down in the comments!

April was the first month in a long while that I actually didn’t buy anything new. I spent most of my free time playing Neverwinter, Warframe, the Borderlands Handsome Collection, and (for whatever reason) started playing Destiny with some friends. What about you though?

Bradley Keene is the Executive Editor here at What’s Your Tag?, generally handling reviews, public relations, and our social media communications on Facebook and Twitter. He’s no stranger to sinking an absurd amount of time in to an MMO, but also has a deep seeded love for pro wrestling, horror films, and his hometown of Baltimore, MD. Get in touch with him by e-mail at the address above, or follow him on Twitter.